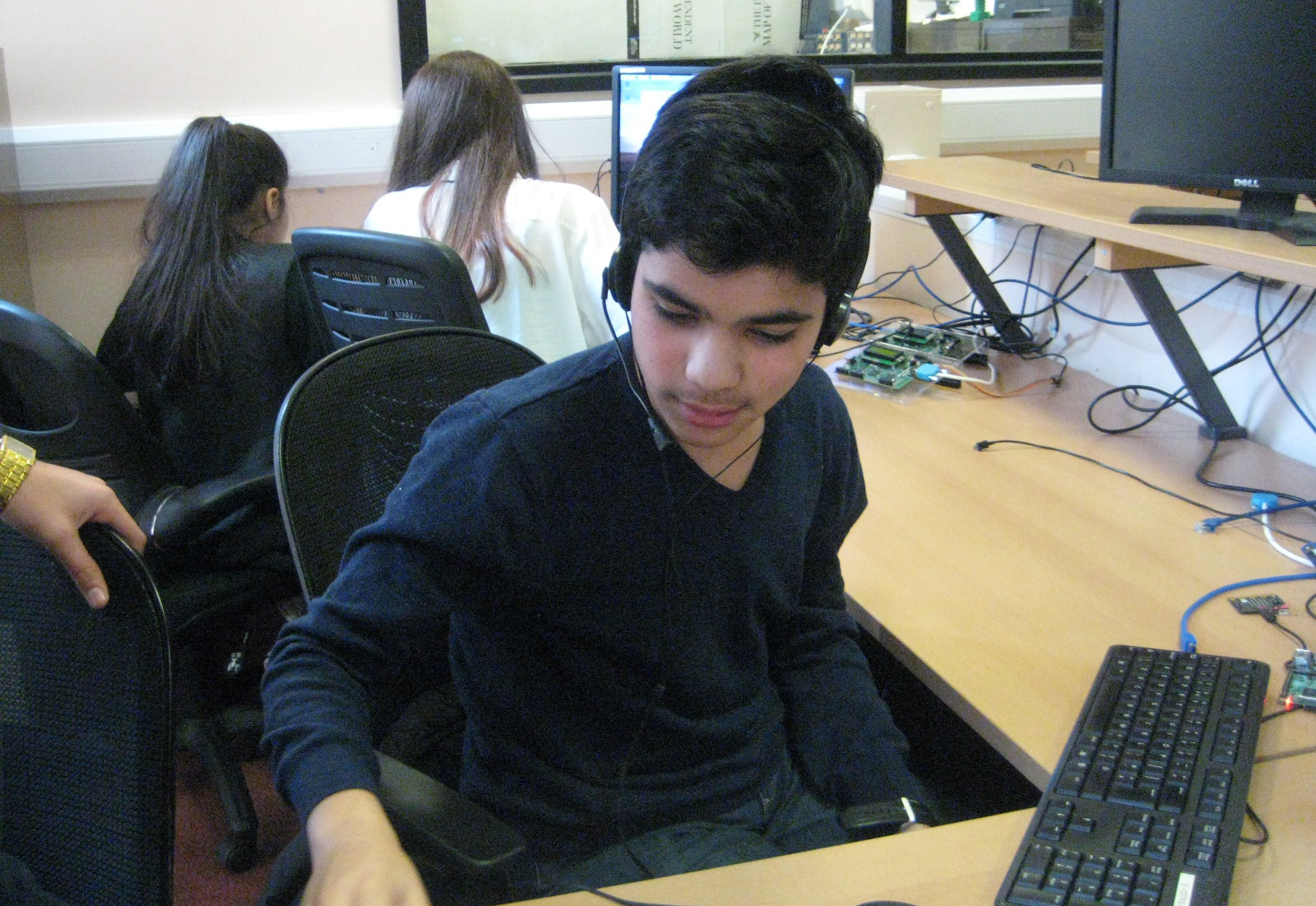 On Tuesday 7th March ten Year 8 pupils attended a computer science event at Manchester University.  The pupils were chosen for their interest in computer science and in particular programming.  There were 5 boys and 5 girls.

Pupils learned about the computer science developments that were going on in the university and about some of the career pathways that are open to computer scientists. They took part in two workshops, the first one was using the python programming language to control and program minecraft games.  The pupils loved this and learned how to build worlds and adapt blocks by creating the programming language behind the game.

The second workshop was using the BBC Microbit to create a radio station and voice synthesizer. The pupils had used python programming on the Microbit in their lessons previously and they loved the physical computing aspect where the end result could be seen immediately.  They had great fun sending each other messages and changing their voices to sound like a Dalek from Dr Who.

The day was a great success and we are looking forward to taking more pupils to the university for further computer science days.