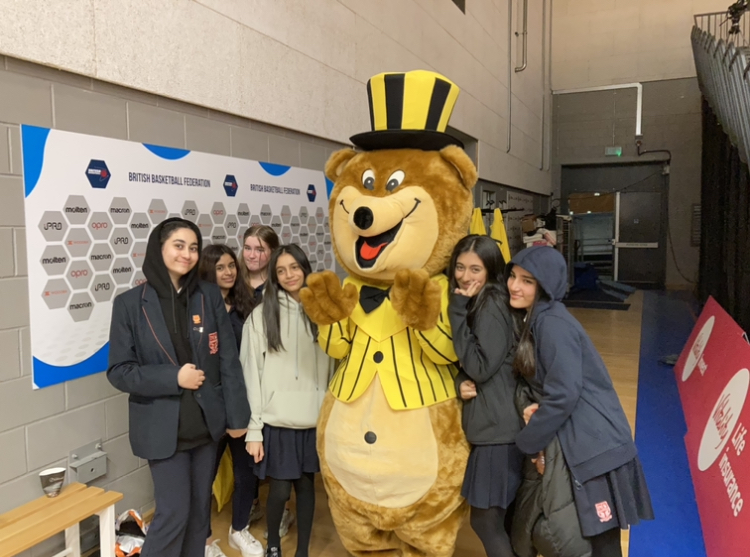 The Speed of Manchester’s Frightening!!!!!

As a reward for the dedication and commitment Key Stage 3 netballers have shown through the long winter months a trip was arranged to watch Manchester Thunder V Wasps at Belle Vue Sports Centre. The year 7 and 8 teams have both finished runners-up in their respective Blackburn with Darwen netball leagues only losing one game which makes them our most successful netball teams in the last 20 years!!!

Arriving at the venue in the Manchester rain the girls were instantly impressed by the speed and focus both teams were displaying in their warm ups. When the game started Wasps swiftly had their sting blown away by the lightning fast attacks of the Manchester Thunder. Nat Metcalf the goal attack (GA), Caroline O’Hanlon (C) and Lois Person wing attack (WA) were combining effectively and dazzling Wasps and the spectators with the speed of their passing and movement. Eleanor Cardwell at goal shooter (GS) bullied her opposite number Josie Huckle and showed unerring accuracy under the hoop, never missing as Thunder streaked into a 38-22 half time lead. A half time break included refreshments, buying souvenirs and a photograph with mascot Thunder the Bear!! The Pleckgate group almost took the roof off when they got a shout out and then blasted out “Sweet Caroline” with the rest of the crowd. Manchester continued their dominance to complete a 71-51 victory and maintain their 100% start to the season and top of the table position.

On the way home, the sensational new girl group “Backcoach Girls” serenaded the rest of the coach with a variety of hits (apologies to the people of Manchester and Bury!!!). As one spectator commented the girls were amazing ambassadors for Pleckgate High school and a credit to their school and their families. Hopefully the trip has inspired the girls to keep working hard at their netball and emulate the success of the Manchester Thunder. 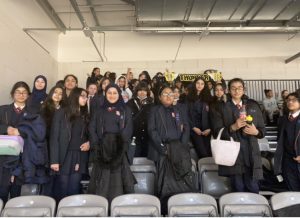 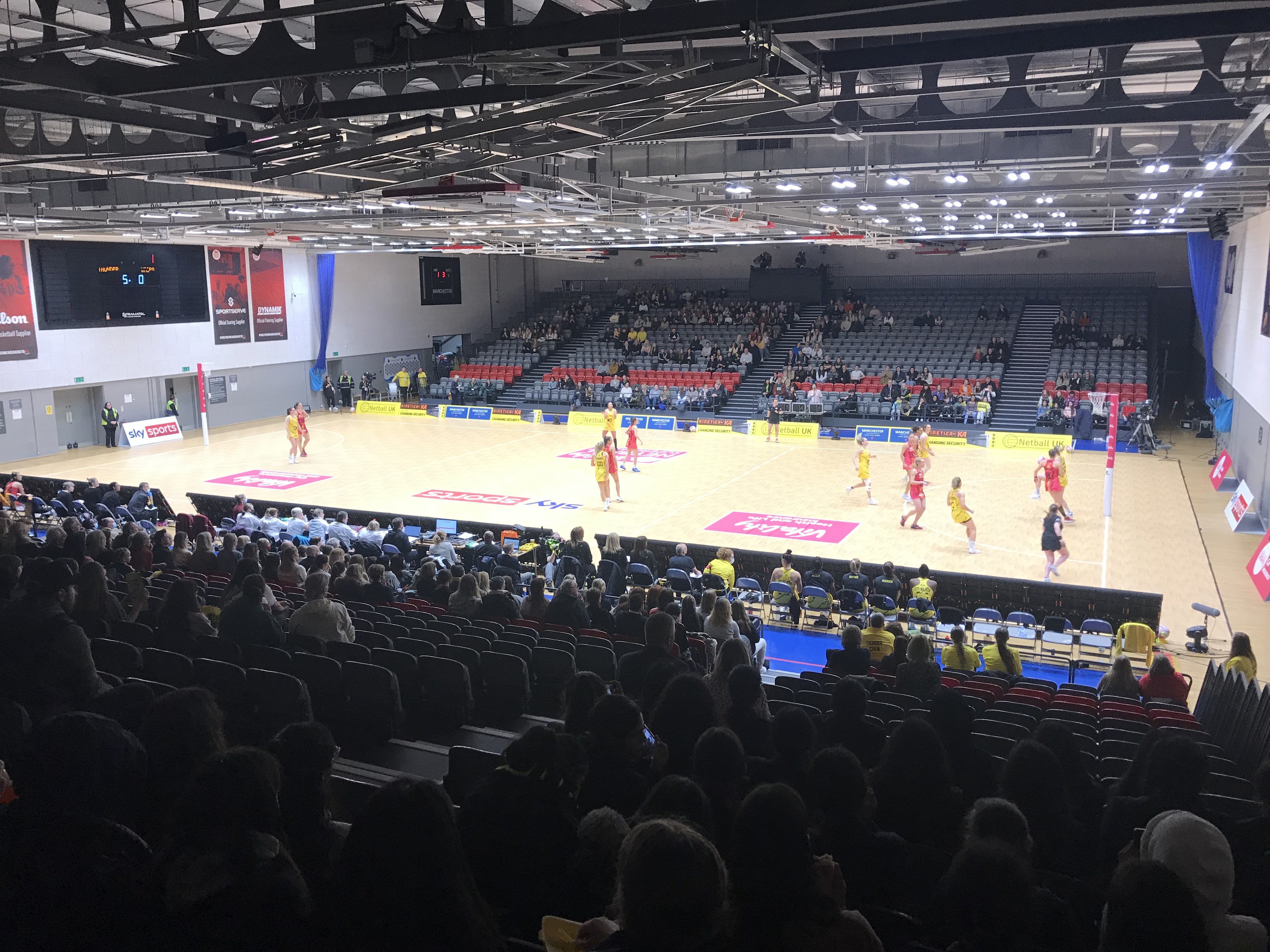 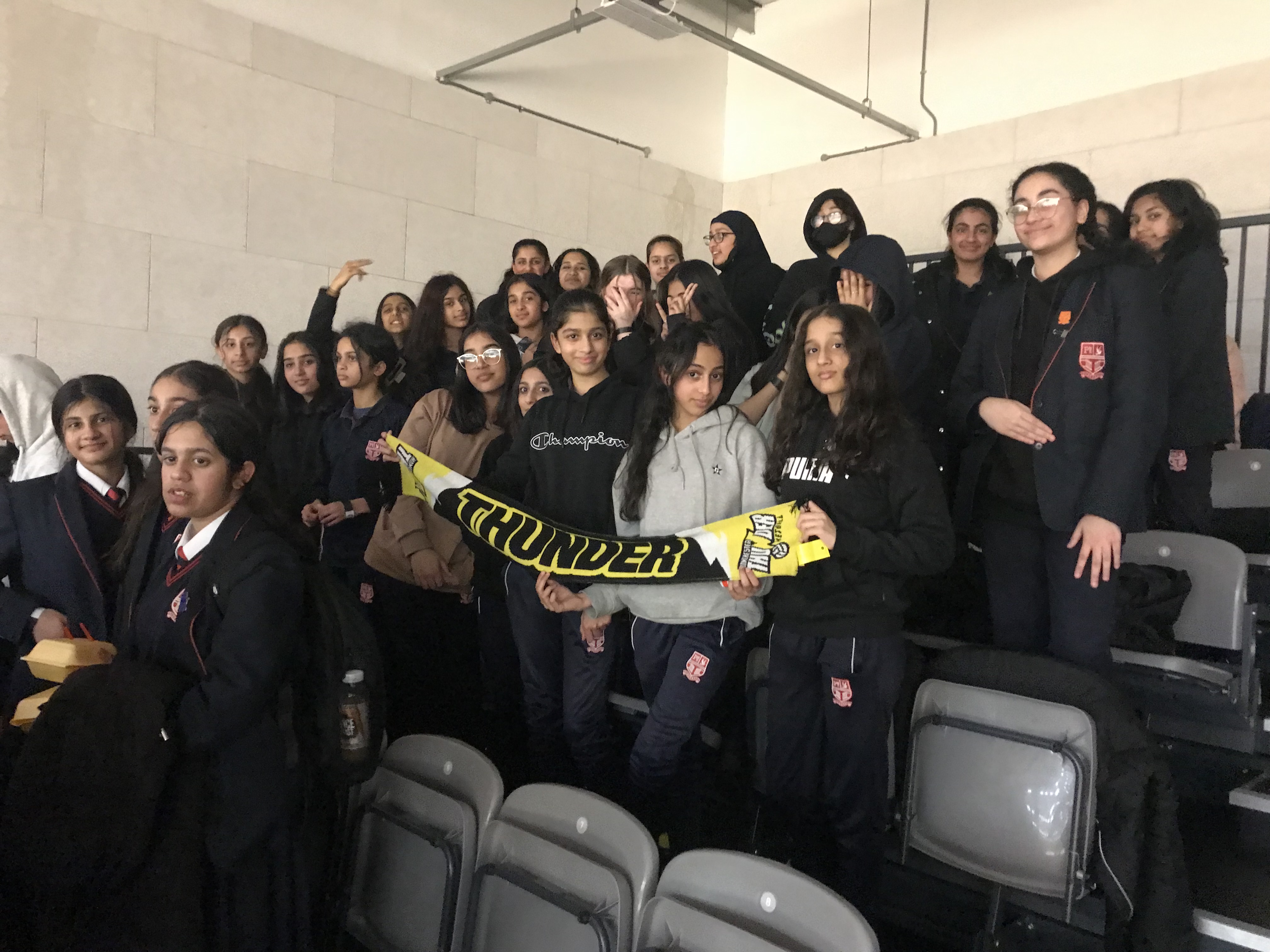