By Phillipa Wright24 November 2021No Comments 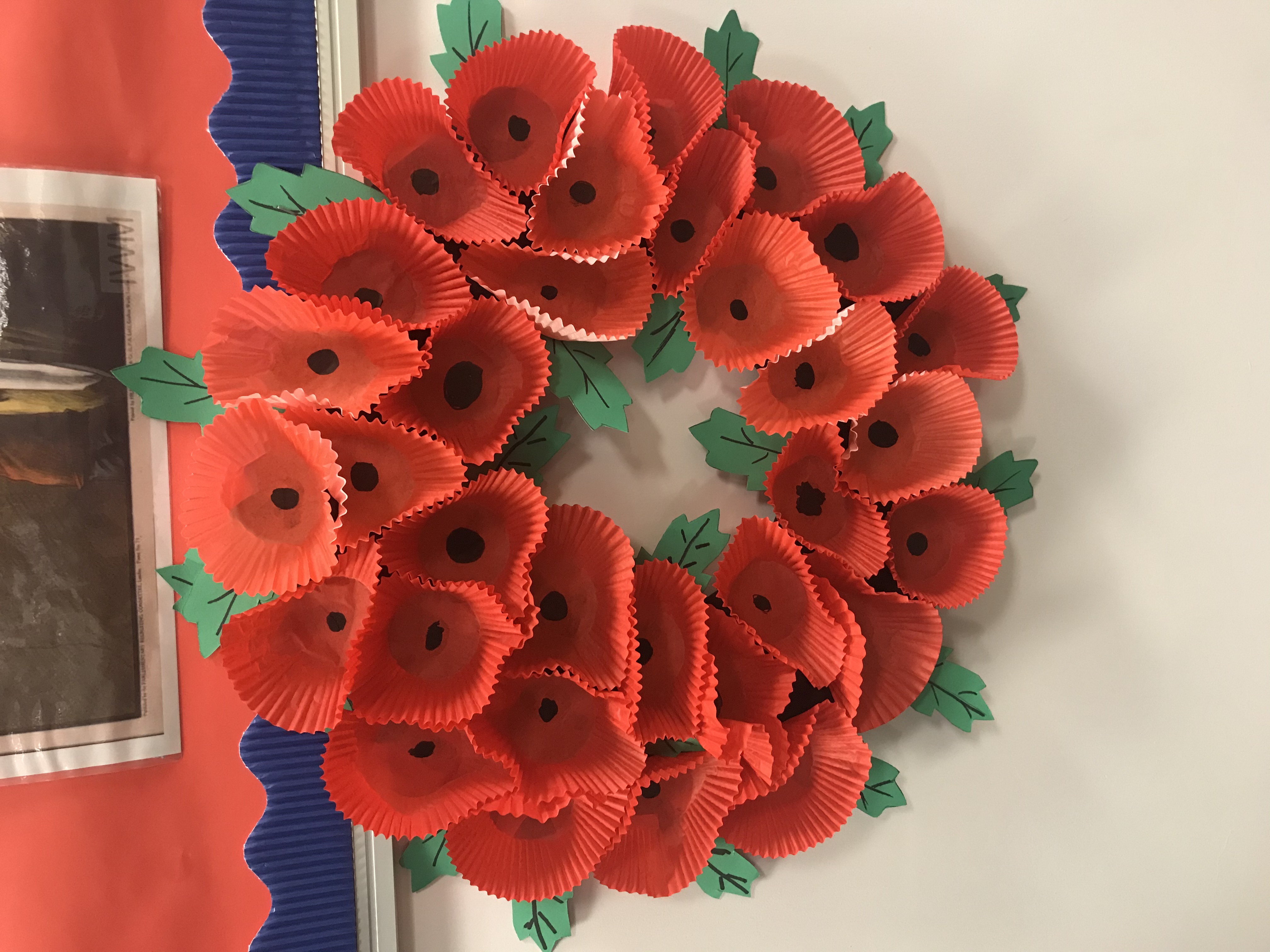 In commemoration of Remembrance Day, the AC group along with Mrs McCreedy made a fantastic wreath out of paper cake cases which was added to the War Poetry display in the library.

The display featured several war poems along with a moving poem written by an Irish soldier during World War One that has been unearthed in an attic in Britain over a century later.

The display also included several books on the topic of War. 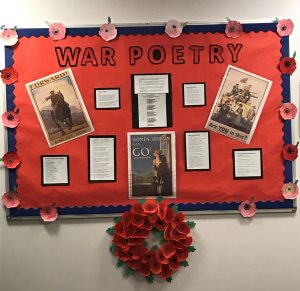