By Phillipa Wright23 January 2023No Comments 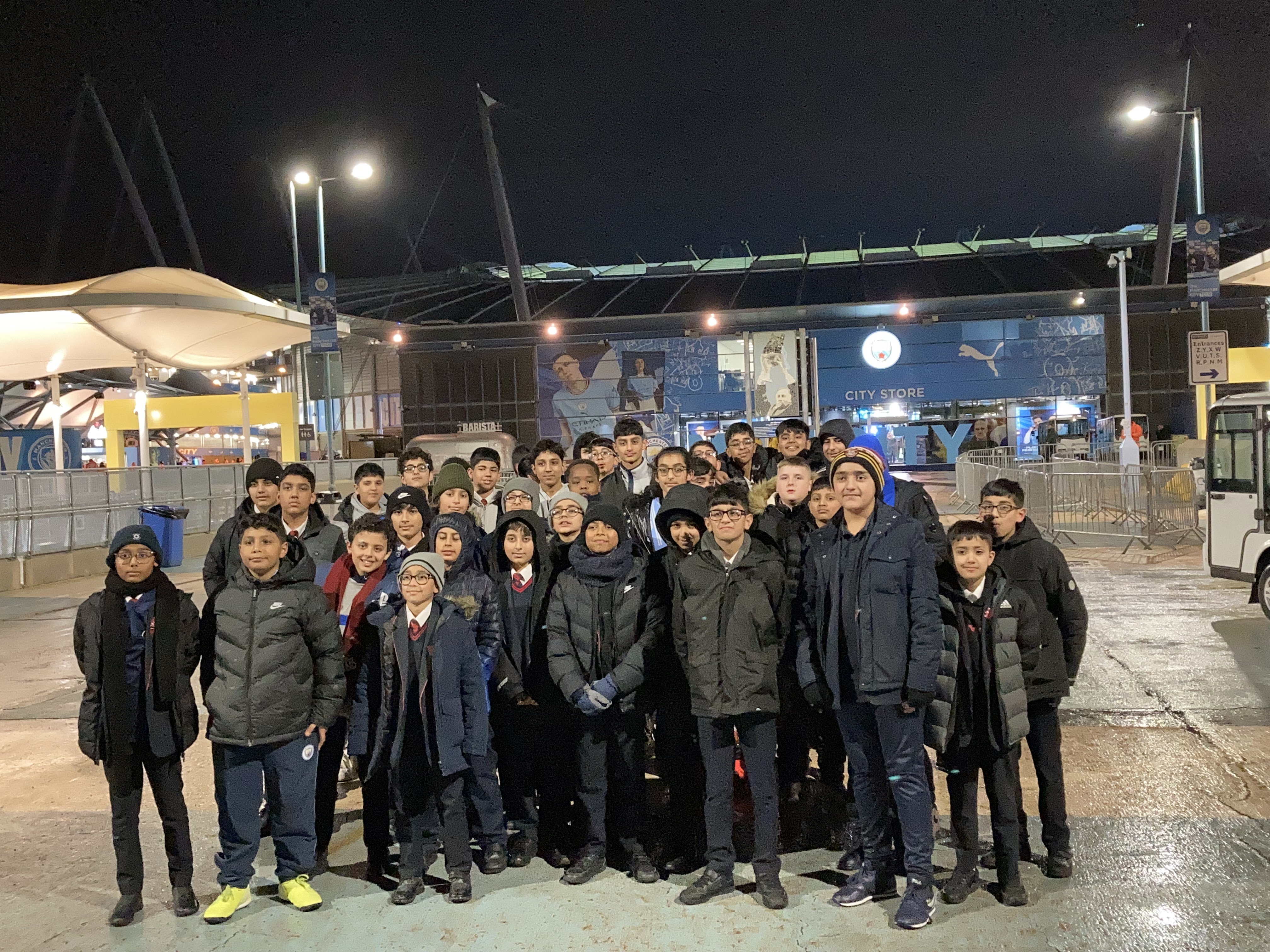 On a bitterly cold January evening 44 excited Pleckgate pupils were rewarded for their commitment to school football with a trip to the Etihad stadium to witness the thrills and spills of the most exciting league in the world. A scintillating second half display from Algerian wing wizard Riyad Mahrez saw Man City fight back from two goals down to win 4-2 to cut the gap to leaders Arsenal to 5 points in what could be a pivotal moment in this season’s title race.

An eagle-eyed Mr Haworth spotted Manchester United legend and Sky sports analyst Gary Neville making a clandestine entry into the stadium of their bitter rivals but he kindly agreed to pose for a photograph with two star-struck Pleckgate pupils.

A capacity crowd of 53 400 flocked to an expectant Etihad and Pleckgate pupils were able to see the City superstars like Haaland, Bernardo Silva and De Bruyne arrive in their space-age coach. It seemed like City had failed to turn up in an uncharacteristically lacklustre first half display with only 18-year-old Rico Lewis displaying the composure and class which has made him Pep’s first choice ahead of England full back and City stalwart Kyle Walker.  At the end of the first half a sloppy pass from the usually impeccable Ederson handed the opening goal to Spurs livewire Kulusevski.  In time added on Rodri, the finest defensive midfielder in the world, lost a challenge to England Captain Harry Kane whose fierce drive was parried to Emerson Royal who finished with a cool header.

Guardiola’s post-match rant about City’s players and fans lacking passion hinted at the half-time “hairdryer” that inspired City’s second half comeback which swiftly turned the Spurs fans jeers to tears.  After mesmerising work down the right flank from Mahrez, hardworking Argentine World Cup winner Julian Alvarez pulled one back in the 51st minute with a cool finish after a scramble in the box.  A flowing move with Alvarez playing a clever ball to Mahrez whose clever header found Haaland who buried his header ruthlessly to draw City level.  Excited Pleckgate pupils joined an electrified Etihad in roaring City on for the winner.

What followed highlighted the fine margins which define football matches and life! After great work from Kulusevski his cross found Croatian World Cup hero Perisic whose shot was defected onto the bar by City starlet Lewis. City immediately countered and a jinking run from Mahrez saw him lash the ball past Lloris in the Spurs goal. French international and World Cup winner Lloris will be disappointed to have been beaten at his near post.  A long ball from the laser like boot of Brazilian keeper Ederson found Mahrez who clinched the win for City with an exquisite chip.  Mahrez was rightly given the Man of the Match after having a hand in all 4 goals in a display which lit up the night more then the amazing light show before the kick off.

The behaviour of the Pleckgate pupils was a credit to the school and hopefully the learning experience will live with them for the rest of their life and inspire them to play the beautiful game for years to come.  Pupils left the stadium whole heartedly agreeing with the City fans chant, “City, tearing Cockneys apart again!!” 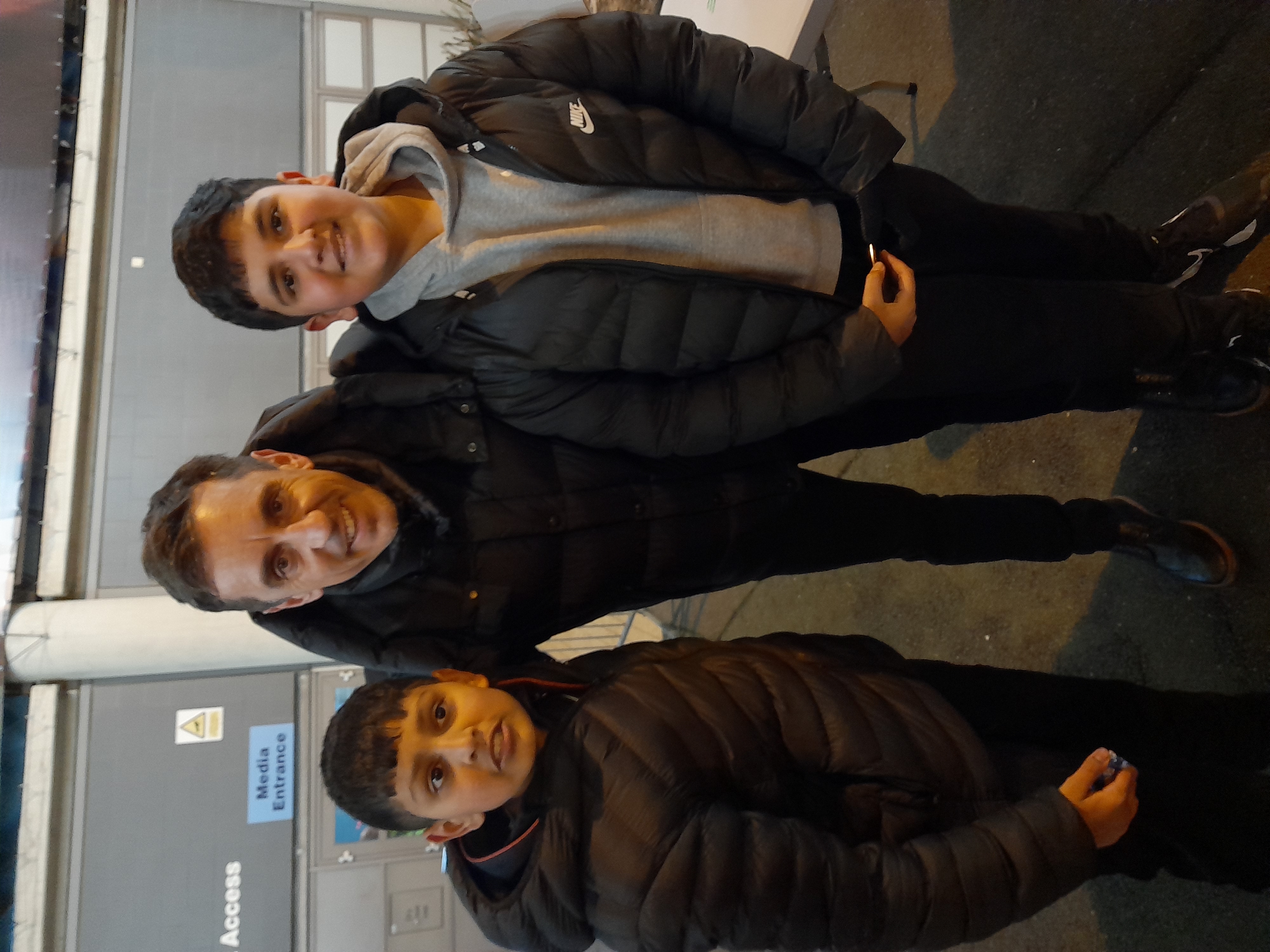