By Phillipa Wright2 December 2022No Comments 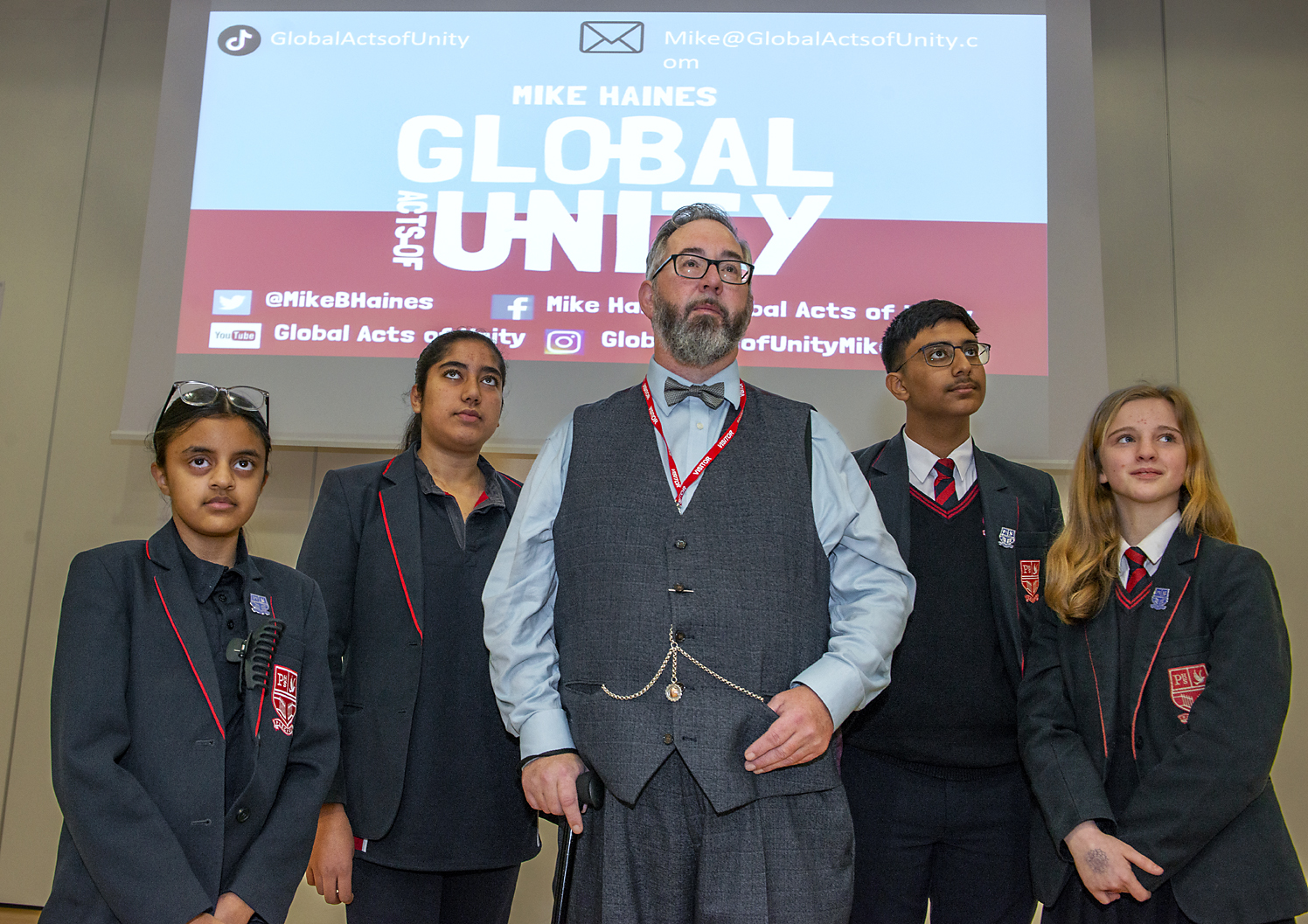 Mike Haines gave an emotional speech to our pupils as he visits organisations to promote unity, tolerance and understanding.

Mike is the brother of aid worker David Haines who was working in war-torn Syria when he was captured by ISIS (Islamic State of Iraq) and beheaded in September 2014.

Mike started the charity Global Acts of Unity so, in his own words, ‘something positive could come out of this senseless and barbaric act.’

Mike, who worked in the RAF and as a mental health nurse, talked to pupils about his brother, their life growing up and how he had to break the news to his mum and dad that his brother had been murdered.

He discussed how he felt anger and hatred at first but how he found, if he felt that, the terrorists had won and so he publicly forgave two of them in court – and felt better for doing so.

“The night my brother was murdered was truly the worst night of my life,” said Mike. “David was a humanitarian worker who went into areas of danger to help fellow humans regardless of colour, religion or politics.

“At first, I was angry but then I knew, if I felt hatred, the terrorists had won and we cannot let hatred win.

“I go to organisations in the UK and abroad to promote tolerance, understanding and unity and to fight the hate, the fear and any discord all kinds of extremists try to promote in our society.

“We are a multi-cultural and multi-faith society and we need to talk to each other, learn about different faiths and cultures and break down the walls that extremists try to build.

Year 8 pupil Umar said: “I found the talk interesting and inspiring. If he doesn’t hate the people who killed his brother then, if anyone ever calls me a name, how can I hate them?”

Abbie said: “It was such an emotional speech and so sad how he lost his brother and what it did to his family. It makes you think.”

Deputy Headteacher Mr Hamilton said: “It was a powerful message that Mike shared. Our pupils were moved to hear his messages encouraging the promotion of tolerance, peace, understanding and respect of different views and opinions.”