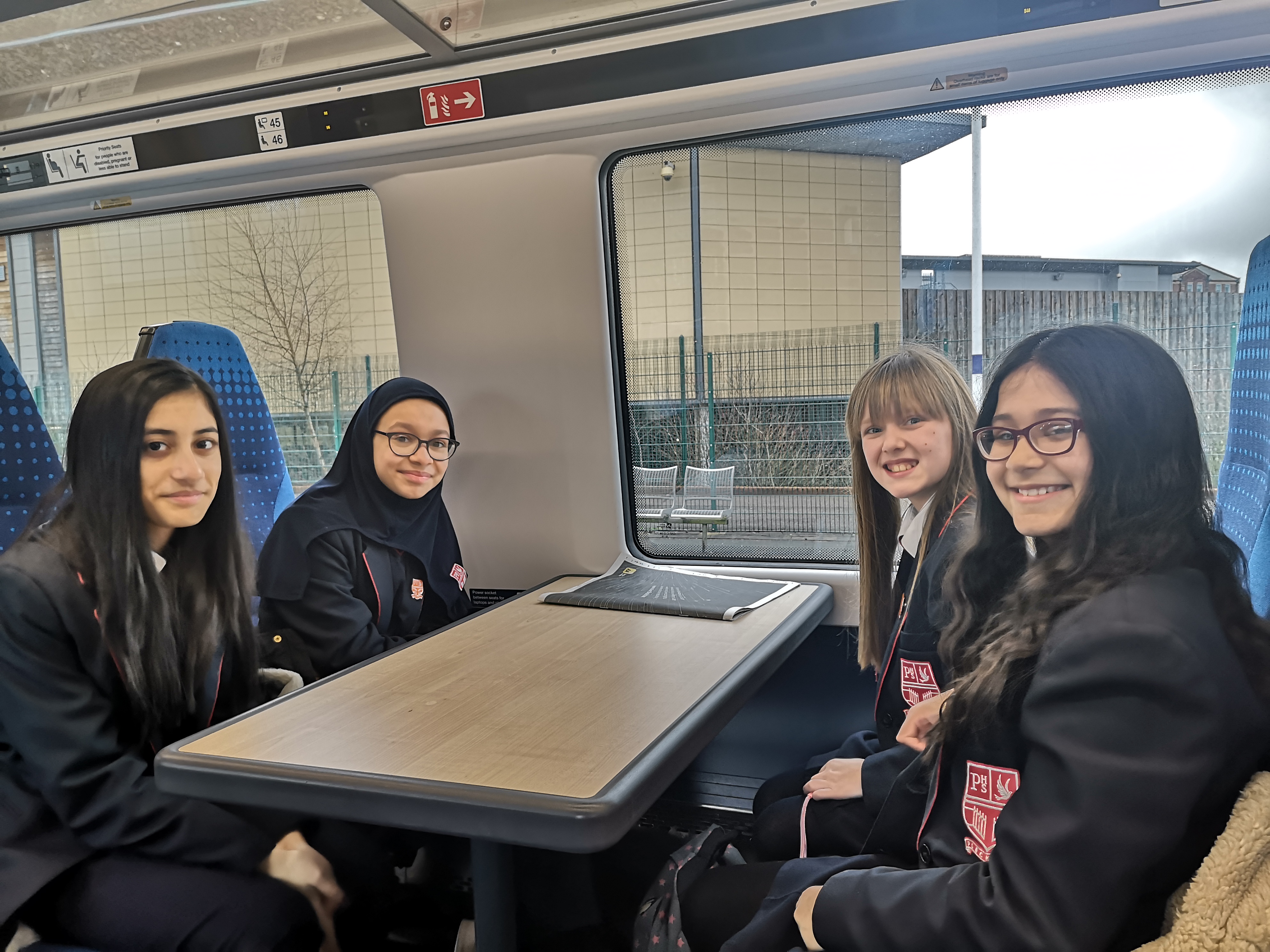 On Monday 9th March 2020, myself, Mrs Savage and three other girls went to York railway museum for an award ceremony.  Myself (Saara), Nayyab, Katie and Sunna entered the Women Who Wander competition that embraces women in STEM (science, technology, engineering and maths) and the booklet that we made was selected from hundreds of entries as one of the winners!

We were dropped off at Blackburn train station at 8:30 where we caught the train to York.  We ate A LOT of sweets on the way and I began to grow very nervous.  When we left the train station we walked to the railway museum and went and got a few snacks before getting to our seats.

Our entry was a booklet full of information, poems, tweets etc that all four of us had contributed to.  When we got to York Railway Museum we realised our entry had been made into a digital copy and was on every seat in the room.  When our names were called out, we went to the front of the hall and read one page from the booklet each.  My nervousness had long since disappeared when I went to the front of the hall and realised that there was nothing to be worried about.  We were then given a medal and a goody bag and then we listened to the rest of the entries and they were all amazing!  Then a dance group called ‘stage chaos’ performed a few dance routines and then the winners went down for a few photos by the old trains in the museum.

The ceremony then finished and Mrs Raja, a former Pleckgate teacher, packed up some lunch for us and we set off to the train station to get back home.  We bought a few more snacks for the journey back and then the long 2 our train journey began again.  At 3:20pm, our train stopped and our parents picked us up.

I’d had a lot of mixed feelings for the day.  At first, I’d been ecstatic, and then I began to get nervous as our turn grew closer.  The day was a truly amazing experience and I’d never have dreamt that we’d have won the competition in the first place.  Nayyab, Katie, Sunna and I would all definitely agree that it was a wonderful day.