By Pleckgate21 March 2017No Comments 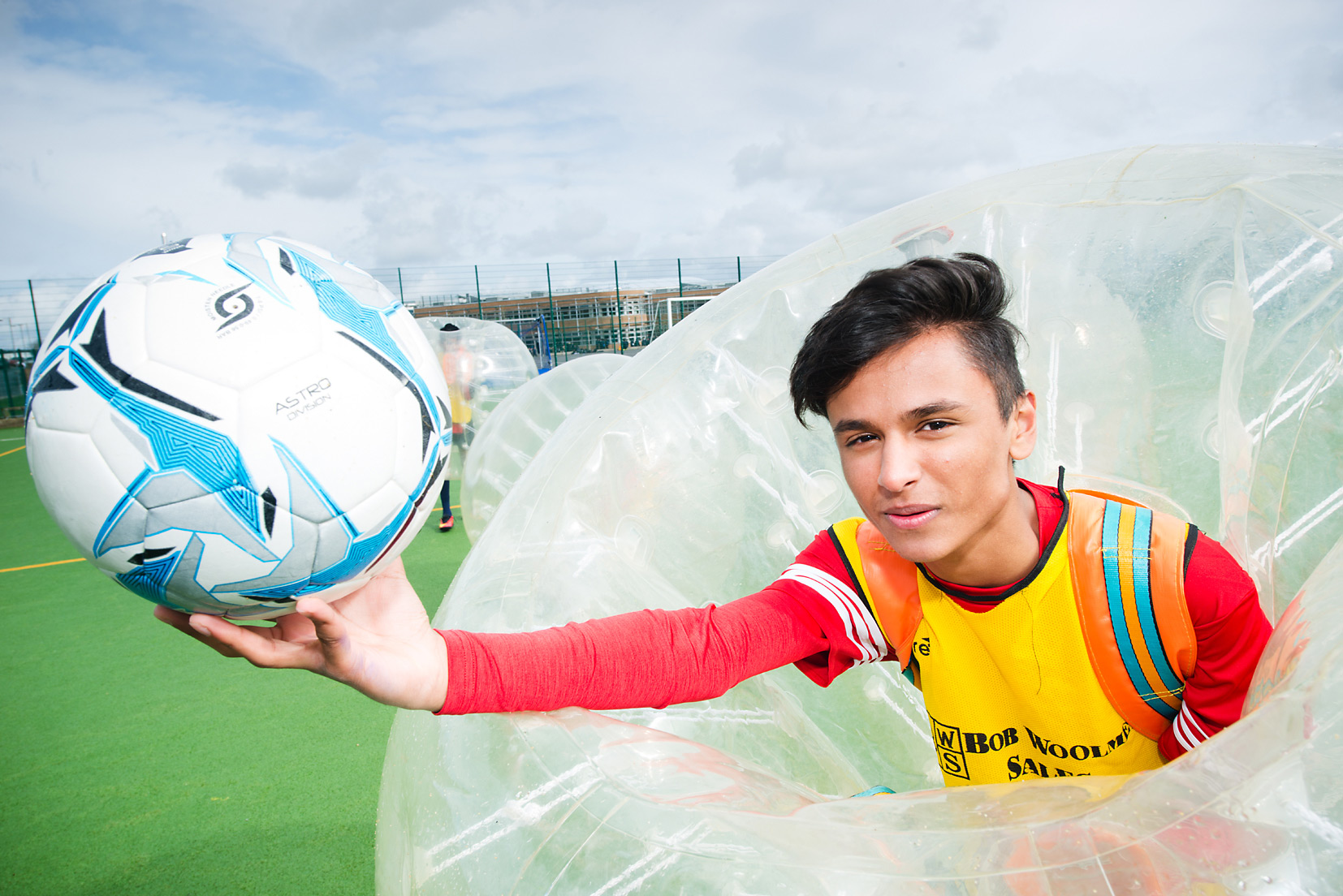 It was attack of the Zorbs at Pleckgate as the pupils continued to show their generous side.

Since 2008, Pleckgate have raised £3,730 for Comic Relief and put on a range of events every year for Red Nose Day.

They have been so kind-hearted that they received a letter off Comic Relief comedian Lenny Henry, praising them as a ‘Red Nose Super School.’

This year they will dress in red, a mile run with staff and pupils will take place and there will also be a cake sale.

But the most popular event was the Zorb football which had pupils rolling around in giant inflatables, after giving money to Comic Relief to ‘have a go.’

Year 10 pupil Mohammed Patel said: “It’s amazing, it’s something completely different. There is complete freedom and you do not get hurt.”

It was the idea of PE teacher Mr Pickup: “We hired the Zorbs in and the pupils have loved it.  Year 9s, 10s and 11s have all had a go and it’s given them a buzz – and it’s for a great cause.”