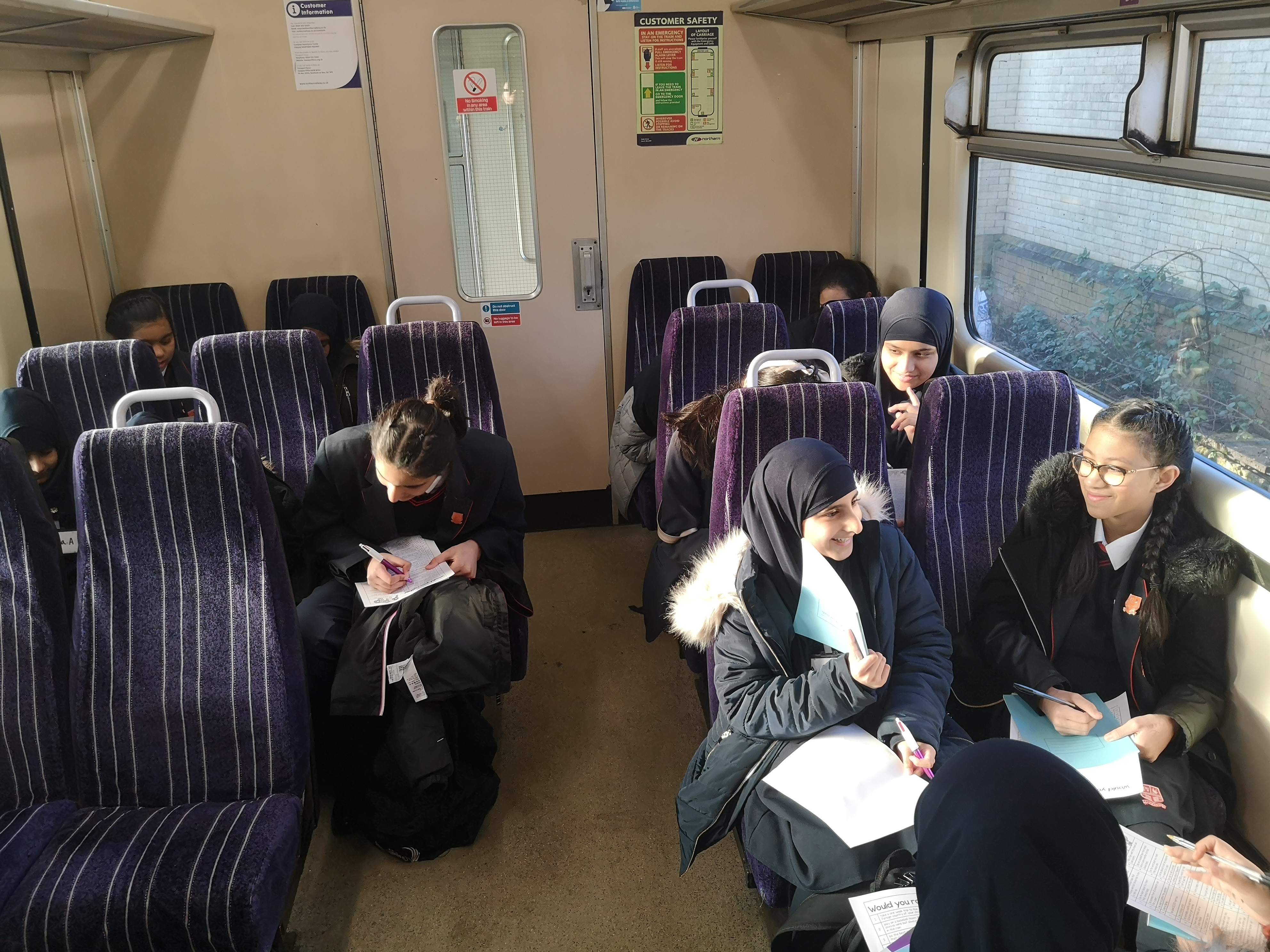 On Friday 7th February, the girls from 7pRe1 and a class from Islamiyah went on a Schools Linking trip. Mrs Savage decided to take part in Schools Linking because ‘It offers a meaningful experience supporting children to explore identity and diversity, champion equality and develop dialogue with a class from another school in the district.  It is an enjoyable way for children to meet and interact with others and plays a part in contributing to good relations locally.  School Linking is endorsed by the Ministry of Housing, Communities and Local Government (MHCLG) and the Department for Education (DfE) and the Pears Foundation.  It is nationally recognised as offering a positive, age appropriate curriculum response to SMSC, British values and the Prevent Duty.’

We went to Blackburn train station and got into twos. One person from Islamiyah and one person from Pleckgate and then we got onto the train. Mrs Raja, a former Pleckgate teacher, told us about a Community Rail Lancashire competition called ‘Women Who Wander’ and let us meet a female conductor. We went all the way to Littleborough and while we were on the train each pair were getting to know each other. Saara (from Pleckgate) and Maryam (from Islamiyah) were put in a pair and later on the train ride they found out that they were soon to be cousins. After we got to Littleborough everyone got off the train and we did a little activity where we had to find people who have done or can do a certain thing and we had to write their name down. The next train came back and we got back into our pairs and discussed what we could do to raise money in a joint fundraiser event. Before we knew it we were back at the train station and Islamiyah went one way and we went the other way. It was so nice to meet the girls from another school and we found we had so much in common with each other.